Isfahan is the third most populous city in Iran (after Tehran and Mashhad) and the capital of Isfahan province. This city is the second most visited city after Mashhad and the second industrial city in Iran after Tehran. This city was the capital of Iran at the height of Iran's post-Islamic rule, during the Safavid period, and many historical monuments have remained since that time.

One of the most beautiful cities in Iran and the destination of most domestic and foreign tourists. Millions of tourists from Isfahan visit annually, most of them in spring, especially in Nowruz. Most of the reputation of Isfahan, in addition to its moderate climate, is the historical monuments of the past centuries (especially the Safavid period) and the passage of the Zayandeh River River.

Unfortunately, in recent years Zayandeh Rood water has been dumped to cities such as Qom and Yazd in some months of the year that the Zayandehrood River is dry, which has reduced the beauty of Isfahan as well as the delicacy of it.

Isfahan is a city of four seasons. Its summers are hot and its winters are cold. Autumn weather in this part of the season is more winter. The weather in Isfahan is very temperate in the spring.

Due to the low winds in the autumn and winter and the occurrence of air inversion, in some days the accumulation of pollution in the city center increases. In these situations, elderly people are advised not to leave the house.

The best time to travel to Isfahan is mid-spring. In this time, Isfahan is clean and airy.

Isfahan at the beginning of the nineteenth century was no longer a major city; it had ceased to be Iran's capital, and its population was only 25 percent of what it had been during the height of Safavi power.

Its role as a regional commercial center recovered during the reign of Nasir ed-Din Shah Qajar (1848–1896). In the 1920s entrepreneurs began developing modern factories, especially textile mills, which by the early 1960s employed nearly 20,000 workers and produced one-half of Iran's total output of textiles. 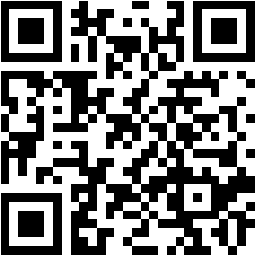