Kish: The oval island, with an area of ​​89.7 km2, with a length of 15.6 and a width of 7 km, is located in the southwest of Bandar Abbas and amidst the glacial waters of the Persian Gulf.

There is no accurate information from the history of Kish during pre-Islamic times. The only reliable source in this area is the writings of the Greek Admiral Nebrasos, commissioned by Alexander in 325 BC to carry out an exploratory exploration on the shores of the Oman Sea and the Persian Gulf. [Kish; a land for the demi of rest]

The writings of Nebrask suggest that he visited the island of Kish or Ararakta in the fourth century BC.

The specifications that he provides are consistent with Kish Island. As Niarkhos writes, there are many gardens and palm trees on this island. During the Achaemenid period, Kish was the main center for fishing pearl in Mesopotamia and India, and the world's merchants traveled to the island.

The era of majesty and flourishing of the history of Kish started from the fourth century AH after the earthquake in Syracuse. After the Syraf port broke out, Turan Shah created a harbor with the help of the local governors of Bani-Qisrr on this island, and helped to build and develop it, turning Kish to the main commercial center of the Persian Gulf.

During the Atabankfarçs era, the significance of Kish was so much that the Gulf governor resided on this island and governed all the Gulf and Oman Sea. According to travel writers and historians, during this period, the income of Kish for the merchant ships was very significant.

It is evident from the evidence that in the era of Ghaznavids, Seljukis, Khwarizmshahians, and the Mongol Kish Island, it was at the height of the flourishing and prosperous commercial center of the Persian Gulf. Historians like Qazvini, Fazlallah Bin Abdollah Shirazi, Ibn Battuta and Hamdollah Mostofi, who have visited Kish during this era, all talk of the majesty, prosperity and beauty of Kish.

According to the historians, the name Kish dates back to the Mogul period of Ikhaniyah with the names of credible provinces such as Baghdad, Shiraz, Bahrain and India, and the continuation of the prefix of the government was mentioned before the title of Kish. In addition, the remains of the city of Harire in the northern part of the island also illustrate the greatness of the island of Kish at that time.

The coastal silver, luminous sunshine, blue heaven, magnificent waters, clean air and unparalleled tranquility make Kish Island the Pearl of the Persian Gulf. The most spectacular views of the beautiful island of Kish are the wonders that nature has created over the years. One of the wonders of the coral island of Kish, its beaches, the beaches of silver shades.

There are fewer points in the world that can be seen naturally. The sea floor is visible due to the clear and clear water up to a depth of several meters and has become a natural aquarium. Just put some pieces of bread in the water to see the variety of colorful fish. Beach Park, Bird Park, Ahuwan Park with many deer and bird in the natural environment, Kish Wildlife Park and Dolphin Park are some of Kish's sights that tourists are reluctant to forego. 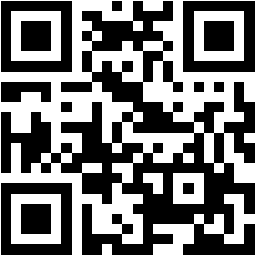