Mashhad is a city in northeast Iran, known as a place of religious pilgrimage. It’s centered on the vast Holy Shrine of Imam Reza, with golden domes and minarets that are floodlit at night. The circular complex also contains the tomb of Lebanese scholar Sheikh Bahai, plus the 15th-century, tile-fronted Goharshad Mosque, with a turquoise dome. Museums within the shrine include the Carpet Museum, with many rare pieces.

North of the shrine is the tomb and mausoleum of Nader Shah, 18th-century founder of the Afshar dynasty, topped with a statue of him on horseback. To the west, Koohsangi Park is a large urban space with water features and trees. North of the city, in the town of Tous, is the white marble Mausoleum of Ferdowsi, honoring the influential Persian poet.

West of Mashhad, the village of Kang is known for its stacked mud-brick homes clinging to the foothills of the Binaloud Mountains. Farther west, the ancient city of Neyshabur was the birthplace of 12th-century Persian astronomer and poet Omar Khayyam. The Khayyam Garden contains his tomb.

Mashhad also spelled Mashad or Meshad, is the second most populous city in Iran and capital of Razavi Khorasan Province. It is located in the northeast of the country, near the borders with Turkmenistan and Afghanistan.

Nadir Shah Afshar, who for the first time introduced the city of Mashhad to the center of the Iranian government, built its first tomb in this city between 1145 and 1143, and devoted its rivals to it. He then became the king of Iran in 1148 and immediately sought to conquer India, when he returned from the great journey of pilgrimage, and built a new tombs for himself in Mashhad. To do this, he ordered to carry heavy and heavy black marble rocks from the Azarbaijan Dakharbhayan to Khorasan. Some of these stones weighing from twenty to sixty were costing one and a half mithqals of silver for each one, so they called the three pieces of these rocks "Iran Broken," "The Worst World," and "The Tribute of the Universe."

The second tomb was apparently built on the north side of the street and opposite the tomb of the same place, which is now the tomb of Nader Shah. Finally, in the late years of his life in Calcutta, he built another suitable for a family tomb (the Sun's mansion), but eventually he did not fall into eternal sleep in any of the triplets.

His head was sent to Herat after the murder in 1160 from Quchan in 1160, his body was temporarily buried in Mashhad in one of his buildings and was later transferred to Tehran by Agha Mohammad Khan Qajar to make it easier for the Qajars to insult him. Exquisite and precious odor of one of his mosques in Mashhad at the beginning of the 40-day monarchy, Seyyed Mohammad Motawali, was succeeded by Shahrokh (Nader's grandson) in the year 1163 in the holy shrine of Reza (peace be upon him).

Thus, Nader Shah had no tomb in Mashhad for a long time until Qawam al-Saltanah built a new tomb for him at the end of the Qajar era (1296 solar year), and carried his bones from Tehran to the tomb in one of the destroyed treasures. The new building, which was located at its current site, was set up for a time when the Iranian Society of Iranian National Monuments in the year 1335 was about to come up with a suitable tomb of Nader Shah for him at the same place as the tomb built by Qawam al-Saltanah. This work began in 1336 and ended in 1342.

The present tomb of Nader Shah located on the northwest side of Shahada (formerly Naderi) crossroads that is considered to be the most important historical tourist destination of Mashhad after the shrine of Imam Reza (AS), is built in an area of ​​14,400 square meters. The mausoleum consists of a twelve-foot platform, a gravel site, a tent-cover on a grave, a high platform near the grave with a statue of Nader Shah on horseback and three others behind him, a bookstore and two halls for the museum.

The designer was the engineer of Sihon and created the statues of the late artist Abulhassan Sadiqi. Materials of the tomb are from the rough and hard rocks of Mashhad monolithic granite. Some of the very large rock fragments are selected to be the tomb of Nadir Shah's second tomb. The cover of the tomb is quite like a nomadic tent, rare in which was born and killed. The cover of the interior walls of the tomb is also selected from the marble rocks of the Maragheh color to mourn the death of Nadir Shah inside the tent. From the endowments of Karamand the rare one who had left the devotee, the village of Dahshak was restored adjacent to the city of Tabarran Toos and was in possession of a rare endowment, which will soon be part of the intentions of the wise man for his grave.

Not just a religious city, Mashhad is called the holy city of Iran because it is home to the tomb and shrine of Islam’s eighth Shia Imam, Imam Reza. Every year millions of pilgrims from around the world flock to this shrine, giving it a palpably spiritual and multinational feel. Upon entering the gates, it’s common to pause briefly and bow your head in the direction of the main dome to greet Imam Reza. In fact, any time locals are walking or driving around the city and find themselves facing this direction, they do the same as a sign of respect and piety.

Once an important transit city along the Silk Road, Mashhad is Iran’s second largest city. Known first and foremost as the home of Iran’s largest religious shrine, it also has plenty of culture and food awaiting. 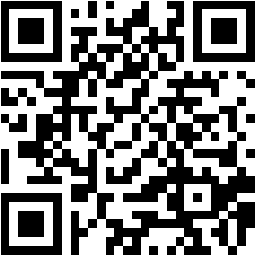