Qeshm : formerly also known as Kishm, is an Iranian island in the Strait of Hormuz, separated from the mainland by the Clarence Strait/Khuran in the Persian Gulf (26°50′N 56°0′E).

The average temperature on the island is approximately 27 °C (81 °F). The warmest months are June through August, and the coldest from October to January. The average rainfall is 183.2 mm (7 3⁄16 in).

The island comprises 59 towns and villages and the population was 117,774 at the 2011 Census. The local population is involved in fishing, dhow construction, trade and services. An additional 30,000 are involved in administrative and industrial workforce and students.

Plans have also been made to build a bridge to connect Qeshm with the rest of Iran.

Historical records concerning the Qeshm island date far back into the pre-Islamic era. Names as Qeshm, Keshm, Kish and Tunb mark the lengthy stay of Ilamids in the area, several centuries BC. It is, apparently, the island called Alexandria or Aracia by Ptolemy (Book 6, Chap. IV), in the 2nd century CE and as Alexandria by Ammianus Marcellinus (xxiii.6.42) in the 4th century. On account of its strategic geopolitical situation, near the mouth of the Persian Gulf, it has been frequently attacked by invaders including Ilamids (Elamites), Umayyads, Abbasids as well as the Portuguese and the English. During Sassanian Empire administration the island was called Abarkawan.[3] According to historical records, Qeshm Island has been famous as a trade and navigation center. Its economy flourished during the Dailamites and Buyid eras, as trade vessels sailed between Qeshm Island and China, India and Africa.

Explorer William Baffin was mortally wounded on Qeshm in 1622 during a battle against Portuguese forces who occupied the fort, known to the English as “Forte de Queixome”.

Qeshm is also a supposed site of the Garden of Eden according to Cassells Bible.

Qeshm Mountains, Qeshm Island is abundant mountains. The surface of these mountains is covered with coral, sponge and bivalves, which itself has protected the sandy sandy soils and coral submarine marl. 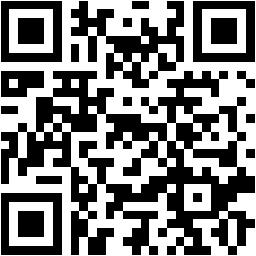