Celebrated as the heartland of Persian culture for over 2000 years, Shiraz has become synonymous with education, nightingales, poetry and wine. It was one of the most important cities in the medieval Islamic world and was the Iranian capital during the Zand dynasty (AD 1747–79), when many of its most beautiful buildings were built or restored.

Set within an exquisite garden, Bagh-e Naranjestan, this pavilion was built for the wealthy and powerful Mohammad Ali Khan Qavam al-Molk between 1879 and 1886 as the buruni (public reception area) of his family home. The pavilion is connected to the Khan-e Zinat ol-Molk, which housed the family’s andaruni (private quarters), by an underground passage (not open to the public).

The basement of the pavilion houses an archaeological collection put together by Arthur Upham Pope, an American scholar who taught at the Asia Institute in Shiraz between 1969 and 1979. There is also an excellent selection of handicrafts for sale in the basement, including miniatures painted on camel bone and tiles inspired by antique designs.

One of the most elegant and most photographed pieces of architecture in southern Iran, the Pink Mosque was built at the end of the 19th century and its coloured tiling (an unusually deep shade of blue) is exquisite. There are some particularly fine muqarnas in the small outer portal and in the northern iwan, but it is the stained glass, carved pillars and polychrome faience of the winter prayer hall that dazzle the eye when the sun streams in.

The mosque attracts most visitors early in the morning (9am to 11am is best) when the hall and its Persian carpets are illuminated with a kaleidoscope of patterned flecks of light. It makes for a magical experience – and an irresistible photograph.

A museum in the opposite prayer hall opens into the Gav Cha (Cow Well), where cows were used to raise water from the underground qanat. The structure has survived numerous earthquakes, due in part to its construction using flexible wood as struts within the walls – look for the wooden bricks in the iwan columns. The rose-pink floral tiles are a signature feature of Shiraz.

The city’s ancient trading district is home to several bazaars dating from different periods. The finest and most famous of these is the Bazar-e Vakil, a cruciform structure commissioned by Karim Khan as part of his plan to make Shiraz into a great trading centre. The wide vaulted brick avenues are masterpieces of Zand architecture, with the design ensuring the interior remains cool in summer and warm in winter. Today the bazaar is home to almost 200 stores selling carpets, handicrafts, spices and clothes. 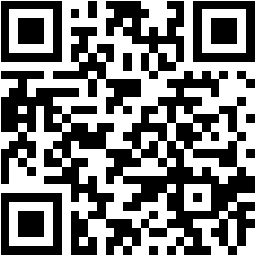